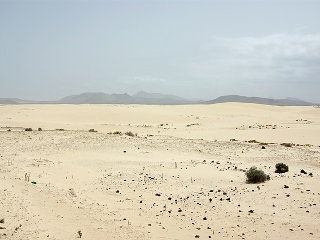 Many of us sense we were created by God to do something, even if we can’t quite put our finger on what it is. We try one thing, then another, then another. It turns out that we have a lot of company. As a young man, Moses felt that same calling, and attempted to step into it by coming to the rescue of two Israelites who were being mistreated by an Egyptian. To his surprise, not only were his actions NOT appreciated, but killing the Egyptian sent him fleeing the wrath of Pharaoh, into the wilderness.

God loves us enough to allow us to fail. Failure inevitably takes us to a wilderness place where we have a choice: to seek God in what went wrong, or to abandon Him like we believe He has abandoned us. Choosing the latter is to believe a lie, because the purpose of the wilderness is to focus us on God. It is only at this place of acknowledging our failures and shortcomings that we are able to learn more of Him – His love, grace, forgiveness and power – and start to grasp who we are in Him. “I am the vine; you are the branches. If you remain in me and I in you, you will bear much fruit; apart from me you can do nothing.” — John 15:5

It took Moses 40 years in the desert to completely learn that truth. God had, in fact, created him to be a leader, but nothing like he originally envisioned. Unbelievably, God had ordained Moses to spend another 40 years in the desert…only the second time, it was in humble service to God where the LORD Almighty was in charge, and God’s power was manifested through Moses.

Most of us would never make it through 40 years of a wilderness experience, much less be willing to go back to that difficult place in service. But, if we can grasp what God wants to do in us through the wilderness – leading us into the fulfillment of the purpose and calling for which He created us — there is joy in the pain, and light in the darkness. His name is Jesus.

Posted in Finding Hope and tagged love, obedience
Protection in the Storm →