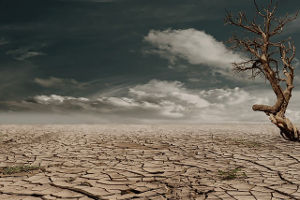 “By faith the people passed through the Red Sea as on dry land; but when the Egyptians tried to do so, they were drowned.” —Hebrews 11:29

Because this is history, and one of the most famous accounts in the Old Testament of God’s miraculous power, we unfortunately tend to read it as a wonderful story, without pausing to experience the reality of what these people were living. The entire nation of Israel – about 1,000,000 people – were fleeing oppressive slavery in Egypt, and headed… who knows… to the desert?? NOT a place I would choose. But, those were the instructions God gave Moses. Because of all the miracles God performed through Moses that led to this departure, the people believed God and Moses, and obeyed.

Most of us expect that obedience means things will go well for us, but the Israelites were chased by the Egyptian army who cornered them against the Red Sea – nowhere to go – where they faced brutal death by sword. In the midst of sheer panic, God gave Moses more instructions: to hold out his staff over the Red Sea while God split the water, creating walls of water on two sides of a dry path that used to be the sea floor. Watching that process had to be both amazing and terrifying. But God’s next command was for 1,000,000 people and all their possessions to walk between those walls of water. Who knew how water could be made to stand up vertically, OR how long it would stand there? And how long does it take a million people to cross over?? Obeying this command was very scary! Walking between surging walls of water had to have caused hearts to pound almost out of their chests. There was nothing comfortable in this entire miraculous process. In fact, many had to wonder if they were crazy to believe. BUT, their obedience in spite of fear and doubt actually served to strengthen their faith.

On the other hand, the Egyptians were so amazed that the Israelites had discovered this unique escape route that they were thrilled to come in after, being totally convinced they could overtake such a large group on foot. And we all know what happened.

We tend to do the same thing – just different circumstances. We see someone miraculously healed, and we line up to receive our healings. Another person has a check arrive anonymously in the mail for the exact amount of the debt that initiated his home foreclosure, and many with financial needs start “believing God” for similar miracles. Sadly, we rarely see these wholesale miracles come to fruition, for the Red Sea flows back into place. Why? Did we not have enough faith?

Could it all start with the fact that miracles are God’s idea and doing? It didn’t dawn on the Israelites to ask God to part the Red Sea. God chose the method and the timing, and merely asked the people to trust Him – a task that was close to impossible. But, as they did, the miracle unfolded. For the Egyptians, it was not trust, but opportunity. The presumption was that it worked for the Israelites, and it would work for them also.

When we tell God what our miracle should be, we often label it “believing God” to demonstrate we are exercising faith. But, faith does not permit us to be in charge. Even when our motives seem pure, or the request just, and we have witnessed God doing similar things for others; if God is not the author of the idea, we are acting in presumption. It is only God’s grace that keeps us from drowning… it is such a serious offense to assume God’s place.

On the other hand, God wants us to ask. Asking is actually a great display of faith, as it acknowledges God is the Source for everything and is all-wise in whatever He does . . . or does not do. Therefore, we have the opportunity to see our faith grow through prayer – both in seeing answers, but equally when not. The result is that we grow less and less presumptuous, as we allow God greater access to His rightful place on the thrones of our hearts. After all, God actually IS in charge.

Posted in Living Fulfilled and tagged faith, obedience
← True ConfessionsSecrets of the Heart →