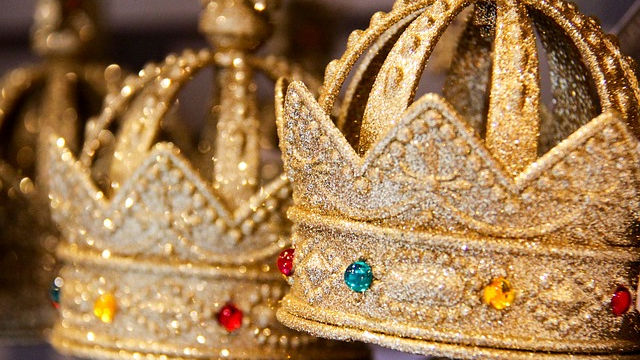 Every nation, every corporation, every organization needs effective leadership to thrive.  History is replete with both positive and negative examples, if we will be taught by them.  The Israelites had both in their first two kings, Saul and David.

When God chose Saul, he told Samuel there was no one like him in all Israel.  In fact, Saul originally demonstrated great humility in his prestigious appointment:  he considered himself and his family to be the least important among Israel, he was eager to receive God’s instructions through the prophet-priest Samuel, he was obedient to the letter of those instructions, and he did not take offense to those who did not follow him.  But, a significant event occurred a number of years into his reign, in fulfillment of a prophetic word Samuel spoke the day God chose Saul.  Saul was to go ahead of Samuel to a place called Gilgal, and wait for Samuel seven days to come sacrifice burnt offerings and fellowship offerings.  But when this time actually arrived, it was in the course of war against the Philistines, who had “3000 chariots, 6000 charioteers, and soldiers as numerous as sand on the seashore.”  Saul had 3000 men with him who were so frightened that they hid in caves, thickets, pits, and cisterns, and fled across the Jordan River.  Nevertheless, Saul waited seven days for Samuel, who was a no-show.  When the men who remained with Saul began to scatter, he decided he had to do something – he commenced with the sacrifices himself, an offering only priests were allowed to make, out of desperation to halt the defections.

To most of us, this would seem a reasonable course of action to rally the troops.  Saul had been faithful to wait the specified time, but when conditions deteriorated rapidly afterward, action was required from a decisive leader.  Yes, he did something he shouldn’t have, but don’t desperate times call for desperate measures?  And isn’t that the expectation of leadership – to make those tough calls?  Aren’t leaders respected who are willing to take responsibility by taking matters into their own hands?

By contrast, David was unpredictable.  He was a shepherd boy who took out a giant, and a warrior who was a musician/artist.  He refused to lift his hand against Saul, even when Saul was trying to kill him.  He did not rescue his and his soldiers’ families, until God had given him the permission and the plan. He killed a messenger who thought he had performed a great service for David by aiding Saul’s death.  He mourned the death of his Israelite enemies. And he danced before the Ark of the Lord in his underwear.  Significantly, he encouraged himself in the Lord.

In all these ways and more, David demonstrated that leadership does not come through popularity, but through God’s anointing.  The greatest leadership skill does not come in making effective decisions, but in demonstrating total reliance on God for direction.   The wisdom to lead people does not come from human knowledge, but is attained by the heart that seeks the Lord with awe and reverence at all times.  “The fear of the Lord is the beginning of wisdom, and knowledge of the Holy One is understanding.” Proverbs 9:10   There is no true leadership apart from submission to the wisdom and instruction of God.  Anything else is a clever counterfeit.

Posted in God's Character and tagged provision
← Expecting Something?Knowing the Lord of the Battle →