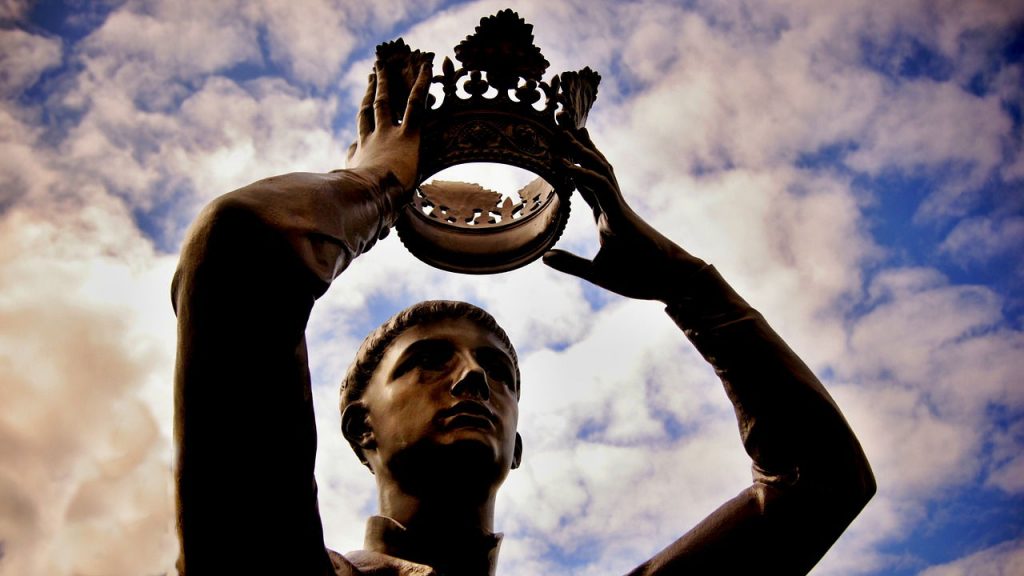 A read through 1 and 2 Kings of the repeated succession of Judah’s good kings to bad kings is laborious to absorb, while the constancy in the account of Israel’s bad kings is completely depressing. In Judah, the succession to the throne followed the family line of David, but Israel’s kings were often determined by who murdered whom. For both nations, it was rare that a king lived to be an old man. In fact, Israel’s history reveals several kings who reigned only months before being killed by the next despot. An obvious conclusion for any observer is that being a king significantly shortened one’s life-expectancy, and often guaranteed a horrible death. Why would anyone want to do that?

Very few people understand that the ability to lead others is a gift from God intended to grow His Kingdom on Earth. It is unfortunate that many who operate in that gift, use it for their own purposes, allowing selfish ambition to manifest in lust for power or influence, the need to prove worthiness or capability, greed for riches and fame, pride in accomplishments and titles, or evil desire to control and subjugate others, or, any combination of these. These people are driven by their desires and needs.

By contrast, Godly leaders are always others-focused. Their efforts are aimed at serving the welfare and interests of those not in the position to do so for themselves – making a positive difference. Jesus, the ultimate role model, said, “For even the Son of Man did not come to be served, but to serve, and to give his life as a ransom for many.” (Mark 10:45) By continually contemplating Jesus’ wisdom in giving up His “right” to live in the extravagance of unlimited resource as the most splendid King in history, Godly leaders can avoid the bait of worldly enticements that, when taken, reel leaders into a net that subtly, but surely, redirects their efforts from altruistic to selfish.

Whether a leader is Godly or worldly, there is always someone else who covets his/her position. In this nation, we rarely see people murder others to acquire power or resource, but jealous people will still go to great lengths to get what they want. (Just look at any corporate microcosm.) That means a leader’s life is always fraught with threats and difficulties. The blessing in being a Godly leader is not immunity from those trials. The simple truth is that because God is in charge, the outcome is His alone. So, the pressure of the responsibility is replaced with the extraordinary privilege of partnering with our Almighty God, Who has condescended to even include us in His work. Moreover, God built in an extraordinary safety for our protection: He designed leadership to be too weighty and too difficult to successfully accomplish apart from Him.

“Why do the nations conspire and the peoples plot in vain? The One enthroned in heaven laughs; the Lord scoffs at them.” (Ps 2:1, 4)
“Therefore, you kings, be wise: be warned, you rulers of the earth. Serve the Lord with fear and rejoice with trembling…Blessed are all who take refuge in Him.” (Ps 2:10-11, 12b)

Posted in Living Fulfilled and tagged provision, trust
← Be Still and KnowWho Gets The Credit? →