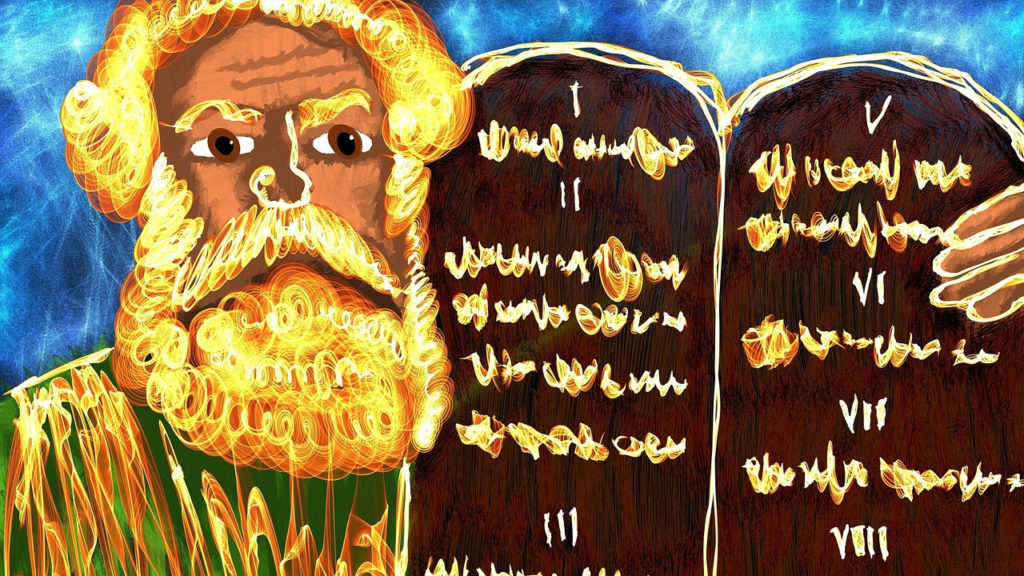 The many rules and regulations God gave the Israelites through Moses seemed like a laborious list of dos and don’ts. No one understood that the most loving “Parent” was Himself wounded when they mistreated each other, or even themselves. It is like a wise and loving daddy of today establishing family rules for his little ones that include: no hitting, no name calling, share your toys, say you’re sorry, look out for your brother/sister. The rules are not about being controlling or dictatorial, but about wanting precious children to understand what love looks like.

A friend of mine grew up in a large step-family where each family member was entirely focused only on themselves, expecting others to meet their needs and cave to their wishes. As a result, there was fierce competition between parents and among siblings to establish pre-eminence. Unlike her siblings, my friend is an extraordinarily sensitive person who always thinks about the feelings and needs of others. She actually tried to practice preferring her family in love (Rom 12:10), to the detriment of being taken advantage of, and blamed for their problems when she couldn’t “fix” them. She would often say to me through tears, “WHY do they treat me this way?? I would NEVER to that to them.”

It reminded me of the love and sensitivity of God. Perhaps He has said since the earliest time, “WHY do they treat Me this way?? I would NEVER do that to them.”

But no one understood. The rules that were intended to teach us how to be loving, in the hope that our hearts would actually love, became the mechanism for some to lord it over others. They evolved into a means of comparison, promoting jealousy and division – hardening the heart, rather than softening it. What should have been love and respect for “Daddy” played out as disdain and contempt; the children’s thoughts consumed by whatever was good for them, and whatever they could get away with.

Because God knows the heart of man, and that it is “deceitful above all things and beyond cure” (Jer 17:9), He was not surprised when the system of laws failed. In fact, He had His ultimate plan in place from the beginning. Jesus can be traced throughout the Old Testament in prophesies, ritual celebrations and poignant analogies. Yet, even in man’s arena, there is a hierarchy on solutions to problems, dictating a lessor strategy be employed to begin with, allowing for progression to a more costly solution. So it was with God, withholding His only Son until just the right time, because Jesus’ abasement, torture, and excruciatingly painful death was a one-time event for all time – the ultimate last stand. “But because of his great love for us, God, who is rich in mercy,made us alive with Christ even when we were dead in transgressions—it is by grace you have been saved.” (Eph 2:4-5)

Jesus literally loved us to death…so that we could finally grasp what love truly is.