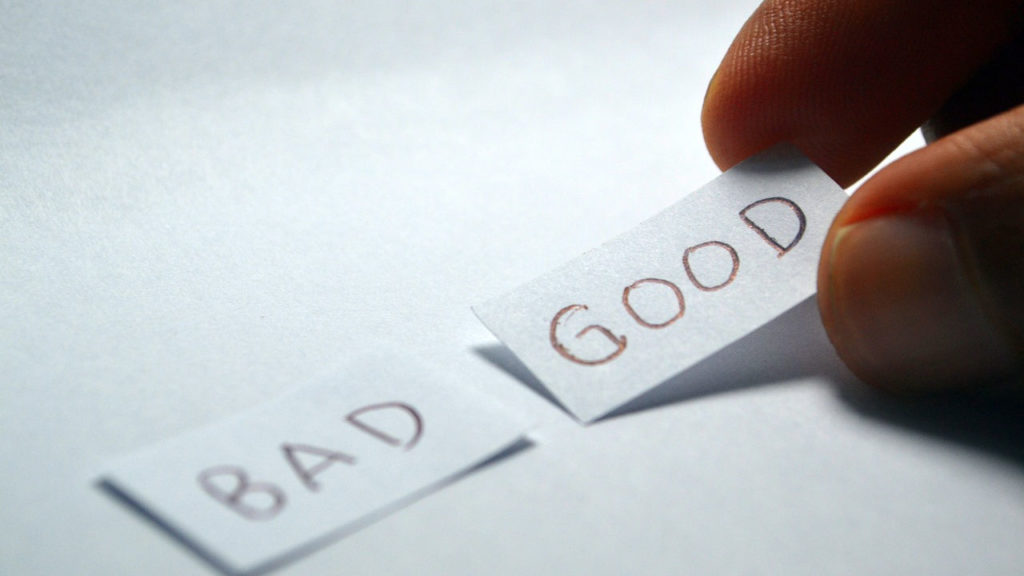 There was a playful story we used to recite as children that required the listeners to respond, “Oh, that’s bad.” That comment would be immediately refuted as the story continued in a positive direction, evoking the comment, “Oh, that’s good,” to which the speaker would respond, “No, that’s bad,” as the story took a downward turn. After much back and forth, it would eventually have an unlikely ending where all involved would laugh.

If the story had stopped anywhere along the way, everyone would have had a totally incorrect idea of what was going on. Yet, this is the way we live our lives – wrapped up in the circumstances and immediacy of the moment because we don’t know what is coming next. Accordingly, we are either stressed to the max, or sailing along with no cares. Since neither is correct, we’re invariably taken by surprise when the swing comes, especially when we have expectations for particular outcomes. So, how does anyone maintain equilibrium?

Taking a lesson from these early Christians, there are several things that immediately stand out.

The Apostles knew the truth of Jesus’ Person and Character, because they personally knew Him. No one could take that away. The good news is that Jesus wants us to know Him with that same intimacy. He has given us the Holy Spirit for the communion and communication that intimate friendship requires. Through His Word we learn His Character and He exposes His heart. His very purposeful creation design for us as physical and spiritual beings was that we would only be complete when His Spirit connects with ours.

Lord, please help me to keep my eyes not on what is seen, but what is unseen, since what is seen is temporary, but what is unseen is eternal. Jesus, You are eternal and You ARE Love, so fill me with Your Love, because perfect Love overcomes all fear. That same Love enables me to trust in You with ALL my heart. Lord, don’t allow me to lean on my own understanding or human wisdom, but, in ALL my ways, let me acknowledge You, so that You alone will direct my steps – all that I do, all that I say, all that I am. (2 Cor 4:18, 1 John 4:8,18, Prov 3:5-6)

Posted in Living Fulfilled and tagged love, truth
← Who is the Stranger?The Meeting Place →