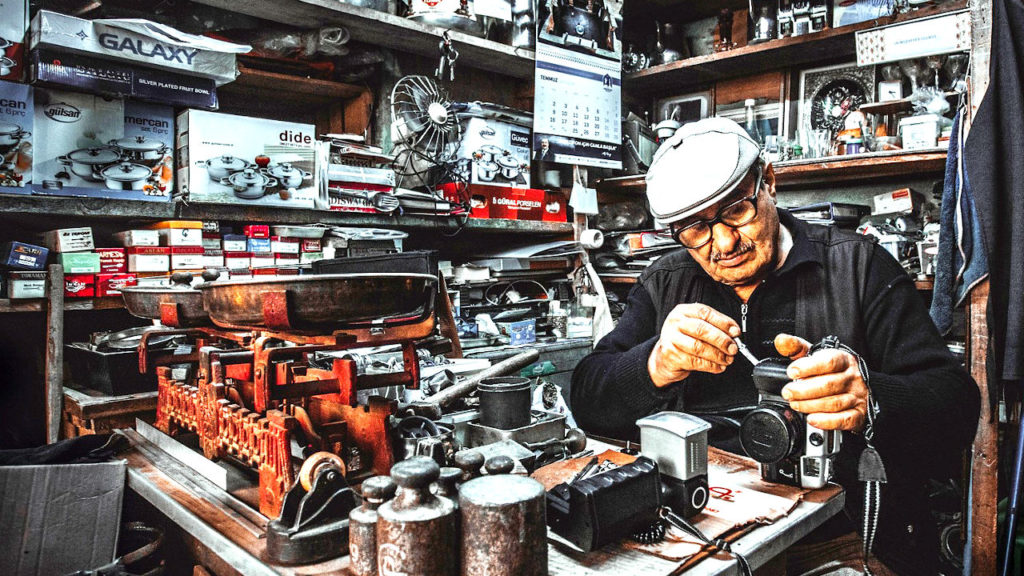 Both my father and father-in-law grew up in the Depression Era, and were extraordinarily resourceful in finding solutions to fix most any problem they encountered.  My husband now carries on this tradition with the help of the internet.  I’ve observed how all these men in their humble ways have taken personal satisfaction in being able to resolve problems.  After all, this is one of the God-attributes the Creator put into man when He made man in His image: man is a fixer/problem-solver.

In recognition of this fact, both Moses and Joshua spent considerable time reviewing Israelite history with the people before turning them loose in the Promised Land.  While this group of people had participated in the events, their leaders wanted to make sure the facts were never reinterpreted to give themselves credit for their accomplishments in conquering the nations they dispossessed.  Joshua quoted God, “I drove out [nations] before you – the two Ammonite kings.  You did not do it with your own sword and bow.  So I gave you a land on which you did not toil and cities you did not build: and you live in them and eat from vineyards and olive groves that you did not plant.”  (Joshua 24:12-13)

Today we find ourselves at the Red Sea of COVID-19.  There is seemingly nowhere to go, and the enemy virus has closed in, not only threatening to kill us, but carrying out the threat on thousands.  While the ancient Israelites cried out to God, and He answered with a miracle no man could fathom or replicate, we are running ads on TV lauding “science” as the fixer and solution.  But, science is a tool in man’s hand to understand the nature and operation of our world, much like a sword and bow were tools of war for the Israelites.  The latter represents man’s physical capabilities, while the former is intellectual prowess.  But, both come from the Creator.

Moses’ and Joshua’s fears that the Israelites would glamorize their weapons and skill at warfare to credit themselves for God’s work, have been realized with the ridiculous assertion that “science” will fix this virus problem.  The short slide from that claim is relying on human ingenuity.  There is only One Who is able and even now knows the way because He IS The Way. (John 14:6)  The Lord God Almighty Who created Heaven, Earth, man, and all that IS, does not need our skill and intellect, but condescends to give us a role in partnering with Him.  It’s kind of like “Take Your Kid to Work Day.”  This One, Jesus¸ Who conquered sin (a miracle man cannot replicate) through His death, and then defeated death itself through His resurrection and eternal life is MORE than capable of defeating a tiny virus.   He is pure Wisdom – existing before time — and at His discretion, gives man instruction for using the tool of science, or He chooses to work alone.  But the fact remains that He wants us to seek His help.

Jesus taught through a parable the importance of persistent prayer: “ And will not God bring about justice for his chosen ones, who cry out to him day and night? Will he keep putting them off? 8 I tell you, he will see that they get justice, and quickly. However, when the Son of Man comes, will he find faith on the earth?” (Luke 18:7-8)

Posted in Living Fulfilled and tagged faith, trust
← Giving Credit Where It Is DueStop Sinning →