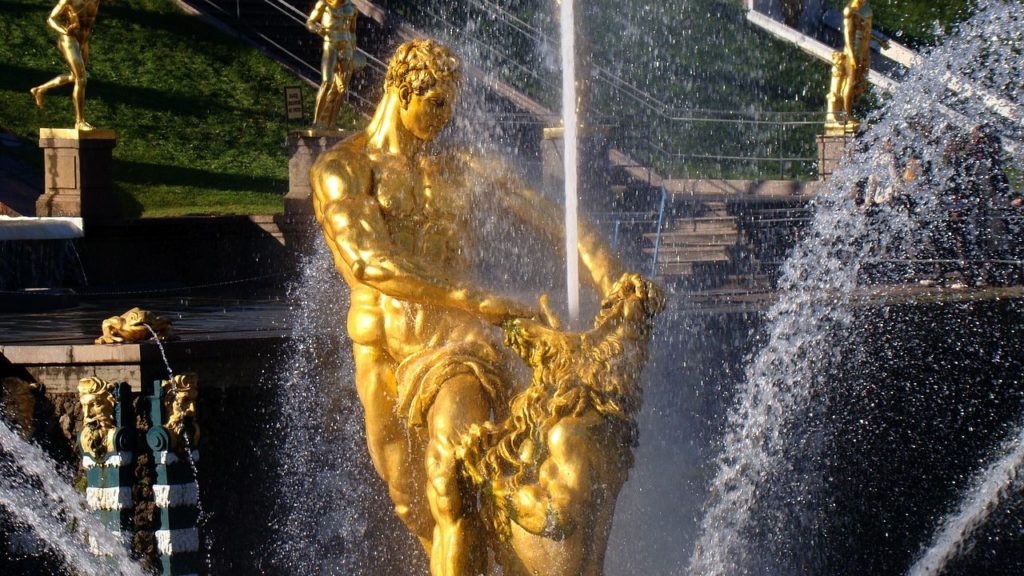 The Sunday school lesson of Samson taught to children presents him as a Herculean character, the strongest man in the world.  His brute strength enabled him to tear a lion apart with his bare hands, to shred new ropes binding him by simply flexing his muscles, and to kill 1000 men with a donkey’s jawbone (among other exploits).  Samson became the Judge over Israel for 20 years, but was that because of his physical strength, or because of his integrity, leadership skills, and desire for the well-being of his people?

Samson’s birth was announced by an angel to his parents who were sterile and childless, “You will become pregnant and have a son whose head is never to be touched by a razor because the boy is to be a Nazirite, dedicated to God from the womb. He will take the lead in delivering Israel from the hands of the Philistines.” (Judges 13:5) Israel had been cruelly oppressed by the Philistines for 40 years, so this announcement was almost overwhelming to a couple who had no experience in child-rearing.  They did the best they knew how, which included teaching their son the Law of the Lord.  Scripture tells us, “He grew and the Lord blessed him, 25 and the Spirit of the Lord began to stir him.” (Judges 13:24-25)

When Samson asked his father to get him a certain Philistine woman as his wife, we catch a glimpse of the personalities involved.  While Israelite law frowned upon marriages to other peoples, it was especially serious for a priest or Nazirite who were actually prohibited from marrying outside of their family tribes.  Samson’s request was met by his father with a weak attempt at suggesting he find a nice Israelite woman, which the stronger-willed Samson flatly refused.  His father acquiesced, and we see a familiar picture of doting parents that have trouble saying no to a strong-willed child.  As a result, the child becomes accustomed to getting his way, and grows into a willful, self-centered adult.  However, we are told this chain of events was orchestrated by God as part of His deliverance of His people.

Ultimately, this was a doomed marriage that ushered in a lot of destruction.  When the Philistines extorted the answer to Samson’s riddle from his wife, he went to the Philistine city of Ashkelon and struck down 30 of their men to procure the wager of clothing for the riddle.  Samson returned to Israel in anger and the girl’s father gave her to another man.  When Samson later came back for his wife only to discover her with another man, he took revenge against the Philistines by burning up all their standing grain, vineyards, and olive groves. The Philistines’ response was to burn Samson’s wife and her father to death, which incited Samson to kill the 1000 men with the donkey’s jawbone.  Everything Samson did to the Philistines was revenge for personal wrongs.  But because his exploits were so phenomenal, the Israelites were pleased to make him their leader.

As Samson’s story continues, we see that this man of extraordinary strength had a major weakness, sexual attraction to Philistine women.  This time it was to Delilah, with whom the Philistines consorted for Samson’s downfall.  After her relentless tears of manipulation, Samson told Delilah the secret to his great strength, and she subdued him by cutting off his hair.  The Philistines then captured, blinded, and imprisoned Samson.

Nowhere in this account of Samson’s life do we see that his primary concern was the people of Israel.  Yet, he became their Judge by God’s design for the purpose of deliverance and freedom.  God powerfully used a man motivated by sex, consumed by personal issues, and self-righteous in retaliation against personal wrongs.  Even Samson’s final act of destroying the temple of Dagon, the god of the Philistines, along with the thousands of people who had crowded there, was personal.  “Then Samson prayed to the Lord, “Sovereign Lord, remember me. Please, God, strengthen me just once more, and let me with one blow get revenge on the Philistines for my two eyes.” (Judges 16:28)

Ideally, leadership – whether in the church, corporate world, or government – would look more like Jesus than a spoiled child.  But God has demonstrated He will use whomever He chooses in His Wisdom.  History is replete with accounts of God using ruthless people to combat evil, and non-believers to support and bless His people.  He is the Master Creator and He assigns characteristics to individuals that support His purposes.  God’s ears are also open to His people in this country who are crying out for the lives of unborn children, who understand the life cycle perpetuated by males and females joined in marriage to produce the next generation of children, who believe that all men are created equal by the Creator Himself, and who support the nation of Israel because they are God’s people.  Sadly, our nation has pursued a course of rejecting Godly standards, eliminating Him from public life, and attempting to rewrite history to negate “one nation, under God.”  The terrible truth is that Jesus would not be electable in the United States, even if He made it to the ballot. So, is it conceivable that God in His grace would provide a leader who supports the issues of His people, who simultaneously does not demonstrate the character traits of Jesus? Is it possible God is admonishing Christ-followers for their apathy to the moral slide by giving them a leader who looks more like Samson than Jesus?

Unquestionably, our nation is divided, and its citizens laud human intellect, talent, athletic prowess, wealth, and power as human accomplishments without even an honorable mention of God. That does not change the fact that He is still Sovereign over ALL, including our upcoming election.  With that in mind, could The Lord of all Creation, God Almighty, be allowing us to choose our leadership from a pool of two flawed characters?  One is a man who carries himself in the decorum of the office of President, but supports issues opposed to God’s design.  The other appears to be an egotistical, vindictive man, but has accomplished more for God’s Kingdom than many presidents before him.  If this is God’s admonishment to our nation, and His test for Christ-followers, shouldn’t we be consulting Him regarding how to cast our votes?