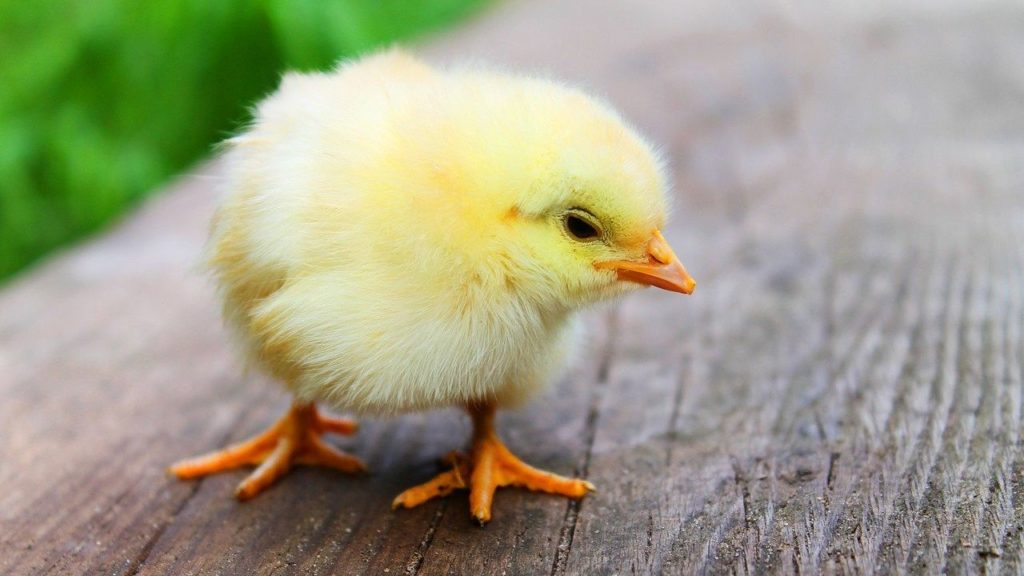 Henny Penny is a character from an English fairy tale that we know better as Chicken Little. This little chick gets hit on the head by a falling acorn, and mistakenly believes that a piece of sky has fallen.  The disintegration of the sky is extraordinarily alarming – not to mention dangerous – so in panic, she runs towards town, warning everyone she sees.

At one point when I was besieging the Lord with some dire prayer requests, the Lord showed me I was behaving like Chicken Little.  It wasn’t enough for me to constantly blather to Him about it – I had to have everybody I knew beating down His door with the same request.  (Perhaps the sheer volume of voices would influence Him to act on my behalf.)  But when the situation persisted, my anxiety grew.  Wasn’t God listening?  Didn’t He know how serious this was?  Why wasn’t He doing something??  In other words, I was running in circles with endless repetition, as if my world was coming to an end.  (It truly felt like it was.)

Ironically, I had been trying to practice the truth of Psalm 91:4, “He will cover you with his feathers, and under his wings you will find refuge; his faithfulness will be your shield and rampart.”  But as my trial became more intense, fearful reactions bypassed my brain so that I wasn’t even aware that I had left His safety in order to run in circles.  It was then that the Lord appeared to me in my mind’s eye as a giant mother hen with His wings spread wide, emphatically saying, “Get back in here!!”  I had enough knowledge to know where I needed to be, but not enough trust in the Lord to stay there when everything felt so out of control.

As I sheepishly slipped back under His wing, which closed gently and securely over me, I heard Him say, “Be still and KNOW that I AM God.” (Psalm 46:10)  In that protected place, He allowed me to separate and peek through a couple of feathers to watch events as He would unfold them.  While I watched and waited, the Lord reminded me, “Are not two sparrows sold for a penny? Yet not one of them will fall to the ground outside your Father’s care.And even the very hairs of your head are all numbered.”  (Matthew 10:29-30)  In fact, I was aware that He also knew how many hairs had fallen out in my crisis de jour.  Only by remaining in Him, could I experience the Lord’s words recorded in Isaiah 30:15, “In repentance and rest is your salvation, in quietness and trust is your strength.”  What earthly problem is greater than He?  What issue could I have that He doesn’t care about, and not know how to resolve?  How could “He Who did not spare His own Son, but gave Him up for [me],” not love me to death? (Romans 8:32)

I want Him to be my Hiding Place, as the only way I can stand is in Him.  I am praying that I “being rooted and established in love, may have power, together with all the saints, to know how wide and long and high and deep is the love of Christ, and to know this love that surpasses knowledge – that [I] may be filled to the measure of all the fullness of God.” (Ephesians 3:17-19)  Amen, and bye-bye Chicken Little.