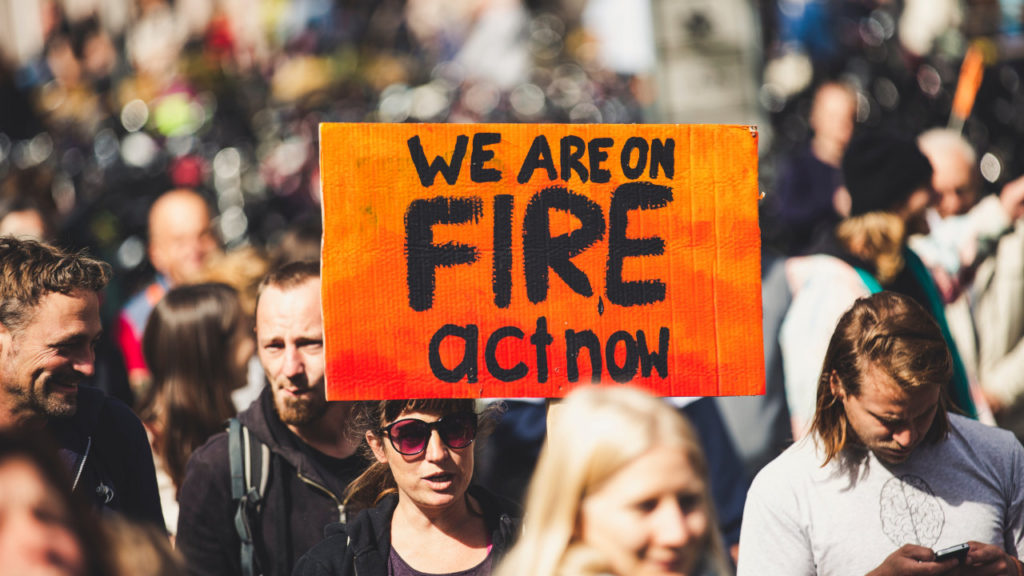 The days of the prophet Ezekiel were overwhelmingly frightening and full of despair. The northern kingdom had already been decimated by the Assyrians, and the Babylonians in Judah were escalating that level of destruction by pillaging God’s temple and burning all of Jerusalem. When it looked as if the entire remnant of Israel was going to be destroyed, Ezekiel cried out to God, Who explained, “The sin of the house of Israel and Judah is exceedingly great; the land is full of bloodshed and the city is full of injustice.” (Ez 9:9) “I will deal with them, according to their conduct, and by their own standards I will judge them.” (Ez 7:27b) For the first time since the flood of Noah was God’s grace completely exhausted and the end was upon them.

Fortunately, we have not experienced anything like that…yet. It is definitely not because our conduct is better. Anyone with a biblical worldview can take a quick assessment of our culture and society and see we are engaging in the same activities that brought about the destruction of Sodom and Gomorrah. The singular difference between then and now is Jesus.

“During the days of Jesus’ life on earth, He offered up prayers and petitions with fervent cries and tears to the One who could save Him from death, and He was heard because of His reverent submission. 8Son though He was, He learned obedience from what He suffered 9and, once made perfect, He became the source of eternal salvation for all who obey Him 10and was designated by God to be high priest in the order of Melchizedek.” (Hebrews 5:7-10)

There are several huge lessons in Jesus’ example. The first is about His prayer life. Jesus was not checking off a list or allotting His Father a few minutes daily because He had so much work to do. He was in constant communication with extraordinary fervency because He understood and identified with the dire condition of man. Secondly, He was heard by His Father because of His reverent submission (agreement with the Father’s heart). Jesus did not tell His Father what to do, neither did He argue alternatives nor disagree, rather He only did and said what He saw His Father doing and saying. (John 5:18-20) Jesus’ reverent submission was indicative in His pronouncement that He was in the Father, and the Father was in Him. (John 14:11, 20) Submission was vital to the next step of Jesus learning obedience through what He suffered. While it could be argued that Jesus was already obedient, a greater alignment with the Father occurred as Jesus suffered the excruciating pain in His body that the Father had borne in His heart since His creation masterpiece of man first chose to disobey. This time, the crucible of suffering that burned out everything impure was taken on by the sinless Son of God Who was also the son of man – man who was drowning in sin. Jesus’ suffering signified the highest form of obedience, making all His obedience a settled issue. Only the ultimate obedience could produce the final result: the extraordinary blessings of freedom from sin, and life in eternity for all mankind who were themselves obedient to receive His gift.

Despite whatever national catastrophes or personal life crises we might face, Jesus still stands in the gap and implores we join Him in the intimate relationship and communion of prayer. Our submission to Him allows us to experience the incredible truth of being in Him in the heavenlies, while He in us brings comfort and peace that defies our circumstances. Then we can “Consider it pure joy, my brothers and sisters, whenever you face trials of many kinds, 3because you know that the testing of your faith produces perseverance. 4 Let perseverance finish its work so that you may be mature and complete, not lacking anything.” (James 1:2-4) Only as we grow in Him do we have anything to offer others. Consider that disasters and hardships are really opportunities in disguise. Will we seize the day?

Posted in God's Character and tagged obedience
← What to Do?Thankfulness Reset →