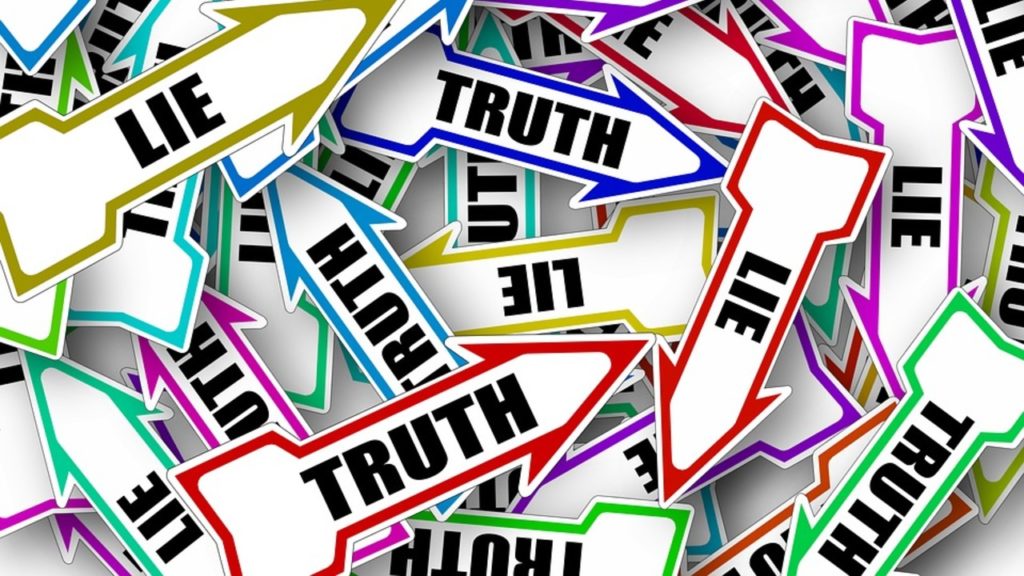 We live in the information age where we can look up most anything by speaking into our phones.  That instant gratification generally has us more focused on getting answers than in taking the time to vet the answers, or their sources.  If the answer seems plausible, that is usually good enough.

For those who do the research, it is often confusing to find “experts” on both sides of almost every issue.  This has proven especially true in the arena of vaccines, health, politics, social issues, and even religion. With two opposing viewpoints competing for the high position of truth, it would appear that the one who screams the loudest for the longest, or the one capable of shutting the other down, wins.  In actuality, those tactics demonstrate a fear of the truth.  Truth by its unchanging nature will prevail as truth, despite the opposition, even if it gets temporarily blocked or hacked.

While the battle to possess the truth can be disheartening, it is not new – even Jesus faced opposition from the Jews, rulers and religious leaders.  On one occasion as they grumbled against Him, Jesus quoted the Prophets, ”They will all be taught by God.” (John 6:45)  Jesus was accurately pointing to God as the Source and the Teacher of truth.  He continued, “Everyone who listens to the Father and learns from Him comes to Me.” Obviously, those grumbling preferred their own version of truth derived from traditions and man’s teachings – it supported their jobs, their life-styles, and their influence.

But Jesus didn’t stop there.  He went on to give one of the most profound and controversial teachings to that point, where He declared of Himself, “I am the bread of life.” (v.48) “I am the living bread that came down from heaven.” (v.51) “For My flesh is real food and My blood is real drink. [   ]. . . the one who feeds on Me will live because of Me.” (vs. 55, 57) “Does this offend you?”(v. 61) Their arguing and grumbling was a dead give-away.  Unfazed, Jesus wrapped with v. 63, “The Spirit gives life; the flesh counts for nothing.  The words I have spoken to you are spirit and they are life.” Even so, “From this time many of his disciples turned back and no longer followed Him.” (v. 66)

Most of us Christ-followers never think of ourselves as grumbling and pharisaical.  Yet if we are being taught by man’s or the church’s traditions and doctrines, rather than by God Himself, we will find ourselves offended by other denominations or Christian teachers, as we all vie for the inside track on the truth.  God as the Source of all truth has never changed, and operating in His discernment is the way to mitigate offense.  “He satisfies the thirsty and fills the hungry with good things.” (Psalm 107:9) Ultimately, the counterfeit will eventually reveal itself.

So are we listening to God, or are we listening to man’s version of Him?  (Hint: man’s version will be familiar and comfortable.)  We can’t know God’s teachings without plowing into scripture for ourselves and asking Him “for the Spirit of wisdom and revelation to know Him better.” (Ephesians 1:17)  Significantly, knowing God better informs us on all the other issues of life.  We have the privilege of knowing His truth that brings us freedom.  That permits us to operate in His truth with love, regardless of the accusations or posturing of those mired in the sinking sand of man’s truth.  May we be as bold as Jesus in being truth-bearers to our present confused culture, and just as graceful – not by yelling the loudest, but by actively standing immovable on our solid Rock.