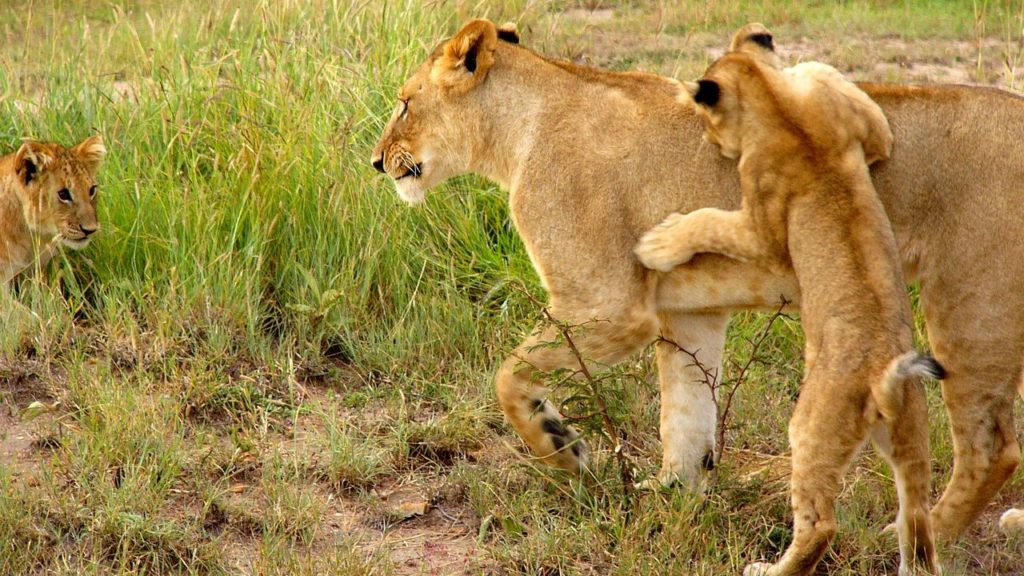 In many species, but especially mammals, God’s design is for the young to be dependent upon the adults until they can function on their own.  Once independence is attained, the process repeats with a new generation of parents.  The cycle in man continues as aging people often require assistance to meet their daily needs.  So, the old become dependent upon the young.

For the growing child, it is natural to crave the freedom and independence they witness in their parents lives, yet simultaneously shy away from it as scary.  This push-pull reaches its peak in the teenage years where the desire for independence ultimately overrules.  Then, it is an exciting accomplishment to attain the education, get a job, and move out on their own. Their independence is usually celebrated by all.

All the emotional and physical energy plowed into becoming independent can make the process of spiritual growth a little perplexing.  When we make Jesus our Savior – regardless of our age at the time – the accompanying expectation is that Jesus would become the Lord of our lives, replacing our independence of God with dependence (Acts 10:36).   The fact that we so highly value independence in this country makes it all the more difficult to trade our “in charge” status for Jesus-in-charge.  It can actually be painful to relinquish what we’ve worked so hard to attain, as another push-pull predicament presents.

But, God’s grace is to offer salvation while not forcing Lordship.  Both are choices, and we are usually so grateful for Jesus’ sacrificial gift, that we want Him to take the role of Lord also.  Because old habits die hard, God’s grace will highlight where our actions are not lining up with our words: “faith by itself, if it does not have works, is dead.” (James 2:17 ESV)   “Do not merely listen to the word, and so deceive yourselves. Do what it says.” (James 1:22) The choices we face every day are all part of God’s grace matrix that either permits us to retain control, or to abdicate it to the One we have declared Lord, Who is actually the personification of Wisdom. (1 Corinthians 1:30)

Paul, known as Saul, the young Pharisee, was so zealous for God that he joined other Jews in persecuting and contributing towards the deaths of early followers of Jesus.  His string of horrific decisions was halted when God knocked him off his horse, blinded him, and Jesus not only called him out, but told him how much he would have to suffer for the gospel of Christ.  Paul was immediately changed, and  Jesus became the author of every decision, the director of every action.  Paul was completely submitted to the Lordship of Jesus whether he was stoned, whipped, ship-wrecked, or imprisoned.  The most amazing thing was he found complete peace, joy, comfort, and contentment in his circumstances, whether they were hardships or whether he was living in safety, provision and loving fellowship.

Paul experienced what God has for all believers who will actually put their trust in Him and become completely dependent upon Jesus.  He was set free from worry and fear of all descriptions, including the fear of death.  He proclaimed, “For to me, to live is Christ and to die is gain.” (Philippians 1:21)  There was absolutely NO downside: he did not fear death because he knew what glory awaited him in Heaven – why would he ever choose to live in the shadowlands by comparison?  No fear of death resulted in amazing freedom.  Paul’s total dependence additionally produced an independence from all the things of the world that hold people captive.  He did not strive to attain, for he trusted God to provide.  He was not driven to achieve, but told the Corinthian church, “But by the grace of God I am what I am, and His grace to me was not without effect.” (1 Corinthians 15:10) God used him mightily, including inspiring letters that would comprise the majority of our New Testament scriptures.

Paul deliberately traded his independence for dependence upon God, the One Who holds all wisdom, knowledge, power and authority.  God-in-charge of ALL Paul’s needs permitted Paul to operate completely independently from the world’s threats and demands, instead, living in the calling and purpose for which the Lord had created him.  If we find ourselves living short of this freedom, God’s grace matrix is always before us, showing the way.  The questions we must ask ourselves are how much do we want to make Jesus our abiding place, and how much do we want the abundant life of walking in purpose?

Posted in God's Character and tagged growth, trust
← It Doesn’t Work Without the KeyPushing and Shoving →