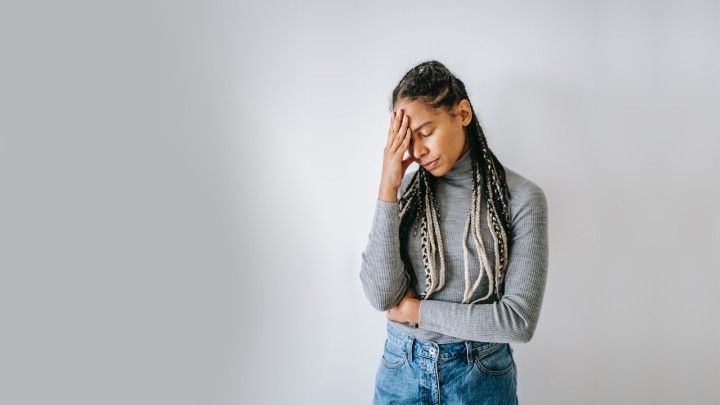 Whenever we pray the Lord’s Prayer, we are asking that God’s Kingdom manifest in our physical world, and that His will would be carried out exactly the same way that His will is absolute and dominate in Heaven. NOTHING takes place in Heaven that is not His will. This is a profound truth that we tend to minimize because of our familiarity with the words of this prayer.

In fact, we give so little credence to participating in and experiencing God’s perfect will, that we almost never ask Him for it. Even when we do, we generally don’t wait long enough to know the Lord has given us specific direction that is His perfect will. Instead, whatever occurs to us that makes sense, fits the circumstance, and seems to have a good result is what we land on, proclaiming it to be God’s will simply because we thought to ask the question. Whatever that resolution is, is more likely God’s permissive will. The simple decipher is whether we came up with the idea, or whether it was something that never occurred to us.

Mankind does this to God all the time, and we rationalize the results. A fascinating Old Testament example is the ruse that Jacob and his mother, Rebekah, used to steal father Isaac’s blessing from Jacob’s twin brother, Esau. When Rebekah was pregnant with the twins, God spoke to her saying, “Two nations are in your womb, and two peoples from within you will be separated; one people will be stronger than the other, and the older will serve the younger.” (Genesis 25:23) With that statement, God was saying that Jacob, the younger, would receive the birthright and blessing. So why did he and his mother believe they needed to take it deceptively? It always puzzled me that God allowed them to do it, but in the context of His permissive will, it makes sense. He certainly had a better way, but they couldn’t wait for God and took matters into their own hands. The Lord did not correct them, but allowed serious repercussions for their actions that began with Jacob fleeing murderous threats from his brother. The family was permanently divided through Jacob’s 25 year estrangement, and he lost all his possessions and relationships in making his getaway.

We are no different today. We ask God for a spouse, new job, or a house, and when the circumstances seem to line up according to what we believe is good for us, we determine we are experiencing God’s will. But how often does the passage of time convince us that we married the wrong person, we have the most stressful job on the planet, or our beautiful home is a bottomless money pit?

It happens in less crucial areas of life as well. Recently, as I was asking God to give me a new blog to write, I thought I heard Him say to take a break and repost an old one. But the next day as I was reading scripture, I felt a familiar quickening and determined the Lord had given me a topic after all. I labored profusely for two full days over less than 600 words, and on the third day did a complete rewrite. On the fourth day, I determined the blog was garbage – totally unusable – and deleted it, sheepishly going back to the Lord to admit my disobedience and ask for His grace to give me something to meet my deadline in three hours. He did!

The Lord left me with a remarkable lesson about His grace. His heart’s desire is to give us His perfect will every time we ask because He loves us so much. But He will test us a number of ways, including requiring us to wait on Him for direction, and to lay down our good ideas for His best idea. If sin is not involved in our choice options, He will permit us to choose our own way without saying anything. We probably won’t even realize we’ve done that until we run into difficulties we weren’t expecting. But even there, for repentant hearts, God’s grace will enable us to pick up the pieces and even experience success. God’s blessing to give us choice that allows us to reject His best is mind-boggling. The tough question is, do we really want His will manifesting in our lives the same way He conducts business in Heaven?

Posted in God's Character and tagged growth, provision
← The Importance of the CelebrationGod Calls Nobodies →