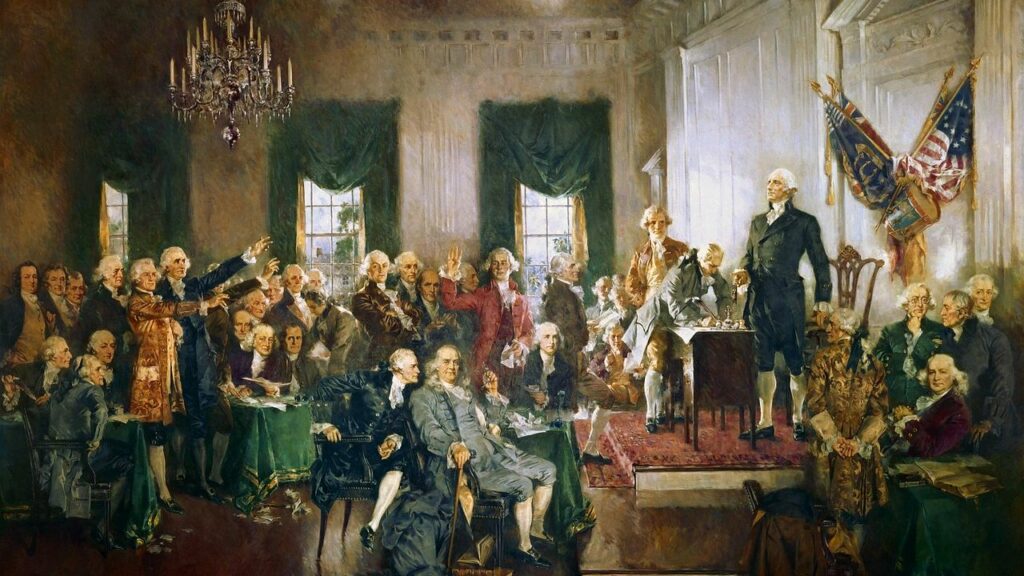 We live in a nation of the people, by the people and for the people – a republic, where supreme power is held by the people and their elected representatives, including an elected president.  Why then, do so many people feel oppressed by governing officials who seem to be making vital national decisions that disregard the views and wishes of their constituencies? Obviously, something has gone horribly wrong.

We have strayed from our fundamental roots, the basis upon which our founding fathers established our government.  It is abundantly clear through reading our founding documents and period papers that this nation was to follow biblical principles, and our laws should be modeled after God’s Law.  John Adams said, “Our constitution was made only for a moral and religious people.  It is wholly inadequate to the government of any other.”  Kindness, consideration, decency, and civic responsibility cannot be legislated, but must come from the heart.  This is Jesus’ domain, when people permit His rule and influence.

It is important to recognize that God’s character is governmental.  Isaiah 33:22 states, “For the Lord is our judge, the Lord is our lawgiver, the Lord is our king; it is he who will save us.” God initially gave His Law to the Israelites at Mt. Sinai, and appointed judges to settle disputes when His people were still wandering in the dessert.  He chose Aaron and sons as priests for intermediatory representation between Him and the people, and to teach about God’s holiness.  This system of governance established through wisdom, righteousness and justice set the Israelites apart from every other nation.  As God gave man a greater role in governing, He divided His responsibilities into three separate areas: judicial, legislative, and executive functions.  He knew the prideful, lustful heart of man could not handle that much power, and man has proven Him correct.

Our founding fathers had lived under such tyranny, and saw God’s model as the mechanism to balance the powers. Establishing our nation under God placed Him in the central role needed for cohesion.  Yet man’s extraordinary arrogance regarding his own wisdom and lust for power banned God from government within a short 200 years.  As a result, we now see the three branches vying for one another’s power.  Both the judicial and executive branches have attempted to make law, while the Congressional legislative arm seeks to usurp power that is reserved for individual states.  The tyranny of kings has resurfaced through officials hungry for personal gain, rather than for the good of its people.

As followers of Christ, we have a responsibility to restore Jesus to His rightful place as Lord over the “land of the free.”  Numbers and sources vary, but all agree that millions of Christians do not vote, and aren’t even registered to vote  How can we adhere to our spiritual and civic duties if we do not register and vote for the candidates who uphold biblical principles?  Far be it from us not to love what God loves and hate what He hates (Psalm 97:10)!  Even Benjamin Franklin who was a deist understood the importance of the presence of God in government. “As Benjamin Franklin was leaving the building where, after four months of very hard work, the constitution had been completed and signed, a lady asked him what kind of government did the convention create.  A very old, very tired, and very wise Benjamin Franklin replied; ‘A Republic, ma’am, if you can keep it.’” (TheStoryofLiberty.net)