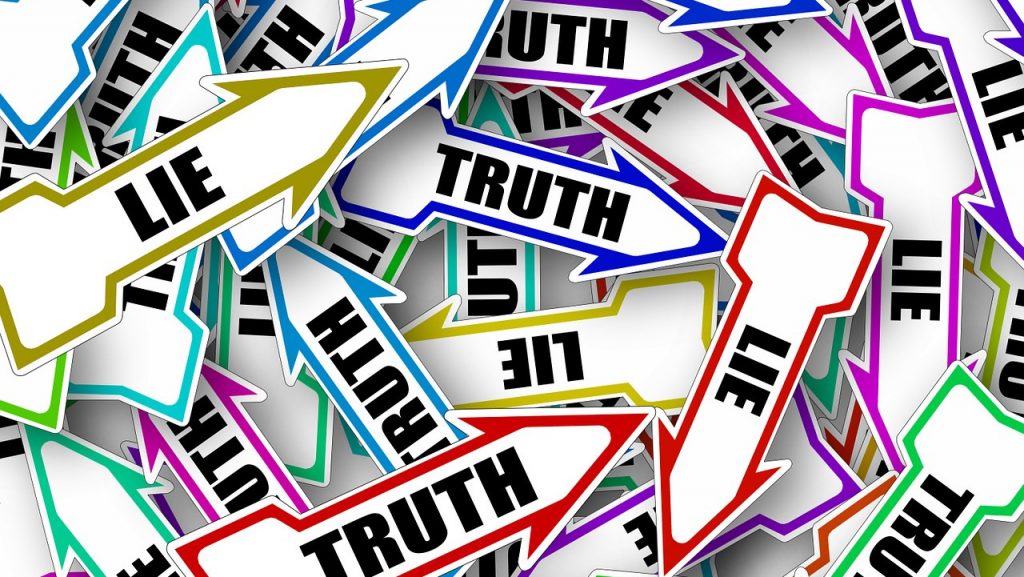 A couple of years ago there was a TV show by the above title. I found it fascinating to watch how the main characters observed body language and “tells” to determine when people were lying. Most of us are not skilled enough to pick up on those nuisances, even though we likely give them off ourselves. It is extraordinarily interesting that there is enough internal conflict with lying that it is visible in most people, and equally alarming in those so comfortable with the lie that there is no change in demeanor.

Lying is a big deal to God. We see it in references about liars not being allowed into the Kingdom of Heaven, and liars listed in the same sin category with adulterers and murderers. Frankly, that has always bothered me, as all of us are guilty of lying sometimes, even though some of us try really hard not to. No one has to teach a child to lie – they seem to be able to do it from the moment they are able to start communicating. So, if lying comes so naturally, why is it so offensive to God?

I believe the answer to that goes back to God creating all that exists. As God made each thing, whether day and night, the Earth with land and seas, vegetation, birds, sea creatures, animals, or man, He determined they were good. That status didn’t change until God cursed the serpent, the man, woman, their offspring, and the land and animals because of man. The reason for the curse originated in the lie the serpent spoke to Eve – that Adam and Eve would not die from eating fruit from the Tree of Knowledge of Good and Evil, but would be like God in knowing the difference. Certainly, Eve is a sympathetic character because prior to this incident she had no experience with death or lies, so how was she to understand these concepts? But, what Eve fell for is the thing that has separated God and man ever since: doubt.

God is the personification of Truth (John 14:6), and is not capable of a lie because He would be negating Himself. Therefore, until the serpent spoke something that did not agree with what God had said, Adam and Eve only had experience with Truth. The two contradictory statements put Eve in the position of choosing which to believe. She did as all of us after her have done: doubted God, rejected His Truth, and chose the lie because of what her senses told her about the physical evidence. Man/woman chose to place their trust their own capabilities and their own understanding, rather than placing their trust in God.

The schism between God and Man created by doubt only grew larger with time and man’s limited ability to understand God and make right judgements. Only God was able to close that gap by sending His Son to show us Who He really is. Paul refers to Jesus as the last Adam: “45So it is written: “The first man Adam became a living being”; the last Adam, a life-giving spirit.  48As was the earthly man, so are those who are of the earth; and as is the heavenly man, so also are those who are of heaven. 49And just as we have borne the image of the earthly man, so shall we bear the image of the heavenly man.” (1 Cor 15:45,48-9)

Which Adam do I most resemble today?