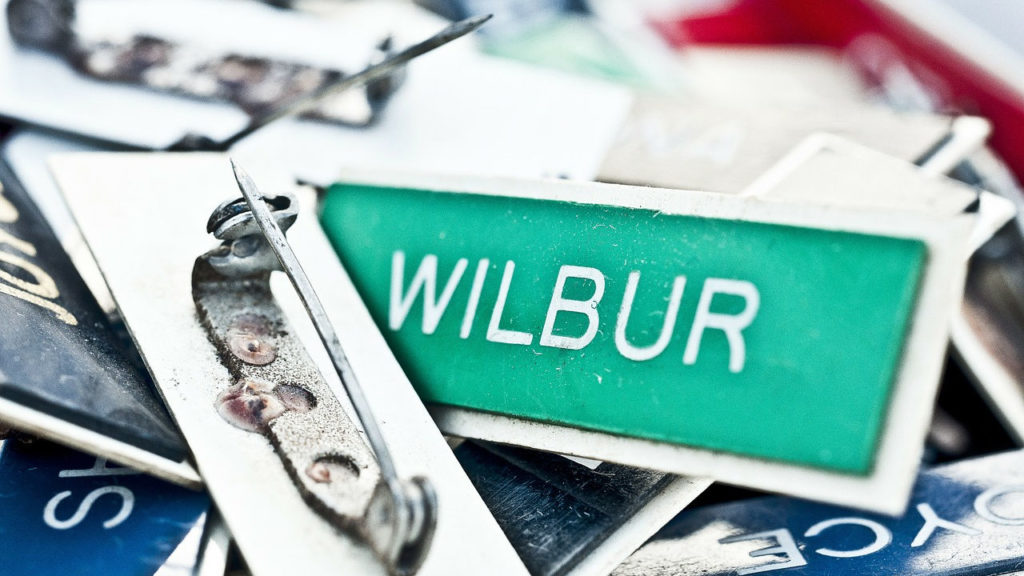 Most expectant parents dedicate much thought (if not prayer) to naming their baby. For good or bad, that name becomes an identity element, which means that changing it is a big deal. All of us probably know someone who has changed their name because they felt it didn’t properly reflect who they are. But in history, when a conquering king changed a subject’s name, it indicated a change in authority. Today we still see operating authorities changing names in corporate buyouts/mergers, or to re-brand products and services.

The ancient Hebrews so revered the name of God that it was written missing all vowels, rendering it difficult to speak casually. Using it irreverently was deemed blasphemous, and could result in death. When Solomon built his magnificent temple, He publicly proclaimed that the temple was for the Name of the Lord, as even the highest Heavens could not contain God’s Presence, much less that He would dwell in a structure built by man. Yet, Solomon entreated God, “May Your eyes be open toward this temple day and night, this place of which You said, ‘My Name shall be there,’ so that You will hear the prayer Your servant prays toward this place.” (1 Kings 8:29)

Solomon made clear that God’s Name associated with His temple invoked God’s Presence. He later wrote in Proverbs 18:10, “The name of the LORD is a fortified tower; the righteous run to it and are safe.“ Here, Solomon was proclaiming that God’s Presence is safety for those who Trust Him, a truth demonstrated in the Presence of the Lord accompanying the Israelites out of Egypt and through 40 years of wandering in the desert.

Jesus instructed His disciples, “And I will do whatever you ask in My Name, so that the Father may be glorified in the Son. You may ask Me for anything in My Name, and I will do it.” (John 14:13-14) Peter took Him seriously. After Jesus had returned to the Father, Peter and John were going to prayer at the temple when a lame beggar asked for money. Instead, Peter commanded him to walk in the Name of Jesus. This miracle caused such an uproar among the people present that Peter had to explain what happened: “It is through Jesus’ Name and the faith that comes through Him that has given this complete healing to [this man], as you can all see.” (Acts 3:16) Jesus’ Presence which is the totality of His Nature, Character, and all attributes such as mercy, grace, power and authority (to name only a few), manifested in His Name through the Holy Spirit Who He left behind for us.

If we practice the authority of our identities through our names, how much more important is it to take seriously the Name of Jesus? If we do, there should NEVER be a Christ-follower who uses Jesus’ Name as an exclamation or a curse word. Additionally, closing prayer with the tag-line of “in Jesus’ name” would cease. Instead, praying in the Name of Jesus would bring great reverence and awe-struck wonder at the Truth of His very Presence manifesting in power and authority in the situation. Could our casualness towards The Name that is above every name be one explanation why our prayers often seem so void of God’s power?