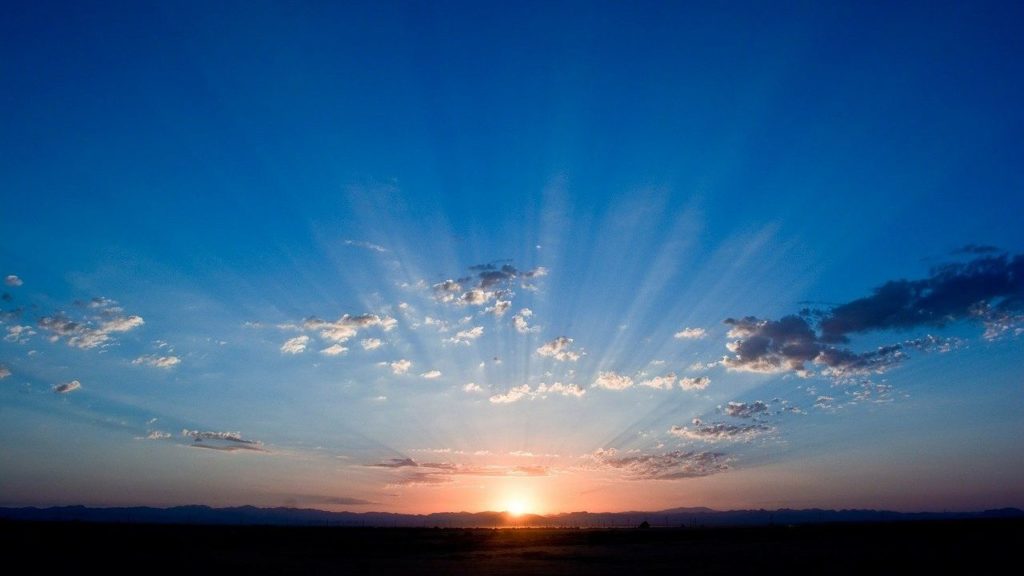 God created man with a zeal for obtaining knowledge, making discovery a special euphoric experience.  Satisfying man’s curiosity brought about the invention of the wheel, and has continued beyond the technology for space travel.  Yet the illusive exploration of the afterlife has remained: is it real, what does it look like, who is there, and where is it located?  So, when it became known that Jesus had first-hand knowledge of Heaven, people were eager to hear whether what He had to say lined up with their stories, legends, and imaginations.

It was probably surprising and possibly disappointing when Jesus spoke of Heaven in terms of situations familiar on earth, rather than detailed other-worldly realities.  Matthew records one of Jesus’ descriptions as the story of a king settling accounts with his servants who owed him money.  For one servant who was seriously in arrears, the king ordered that the servant, his wife, children, and all his possessions be sold to repay the debt.  The servant begged for mercy, and the king magnanimously granted it by canceling the entire debt.  The servant, instead of doing likewise for a fellow servant who owed him, had the man imprisoned until he could pay.  This story did not seem to be about a faraway place in the clouds, but an everyday experience – debtors’ prisons were actually common.

While men’s ears long for physical descriptions of Heaven, Jesus was focusing on something much more important – heart attitudes.  In making His point, Jesus continued His story with the king calling his servant into account, “Shouldn’t you have had mercy on your fellow servant just as I had on you?” (Matthew 18:33)  The king’s character of mercy was to pour out on others what they had not earned, deserved, or could do for themselves.  He expected the recipient of his great mercy, to demonstrate gratitude by likewise extending mercy, thus multiplying the king’s mercy.  As that was not the case, “In anger his master turned him over to the jailers to be tortured, until he should pay back all he owed.” (v. 34) Jesus concluded His story with this alarming statement, “This is how My heavenly Father will treat each of you unless you forgive your brother from your heart.” (v. 35)

While it looked like Jesus was saying the Kingdom of Heaven was a place of great mercy, He was being much more specific in identifying great mercy as forgiveness.  This brand of forgiveness is not lip-service, but the sacrificial forgiveness of laying down all rights to anger, opportunities to use the offense against the person at any future time, or to vilify the person by sharing his/her misdeeds with others.  It is choosing to cancel the offense taken.  This seems extreme, and most of us would counter with “That is impossible!”  Indeed it is, and so we become acutely aware that accessing the Kingdom of Heaven requires something beyond our human capabilities and intellects.  Jesus paid the terrible entrance price by forgiving what was truly unforgivable in us and dying for our sins, thus becoming our Way.  Now, He longs to see us likewise forgiving others.  When we choose not to forgive, we are treating His precious gift of life and freedom with contempt.  There is no contempt in Heaven.

Hopefully, most of us are quick to seek Jesus’ forgiveness.  Unfortunately, we are not so quick to grant forgiveness where the offender does not deserve it and has not asked for it.  The hidden jewel for anyone still on the quest of discovery is that God has given us the opportunity to experience the reality of Heaven on earth.  His Kingdom comes, and His will is done through our obedience.  We receive the peace and freedom of Heaven here on earth where we have the joy of passing it along, as well as the privilege of walking in Jesus’ footsteps to heal and restore relationships.