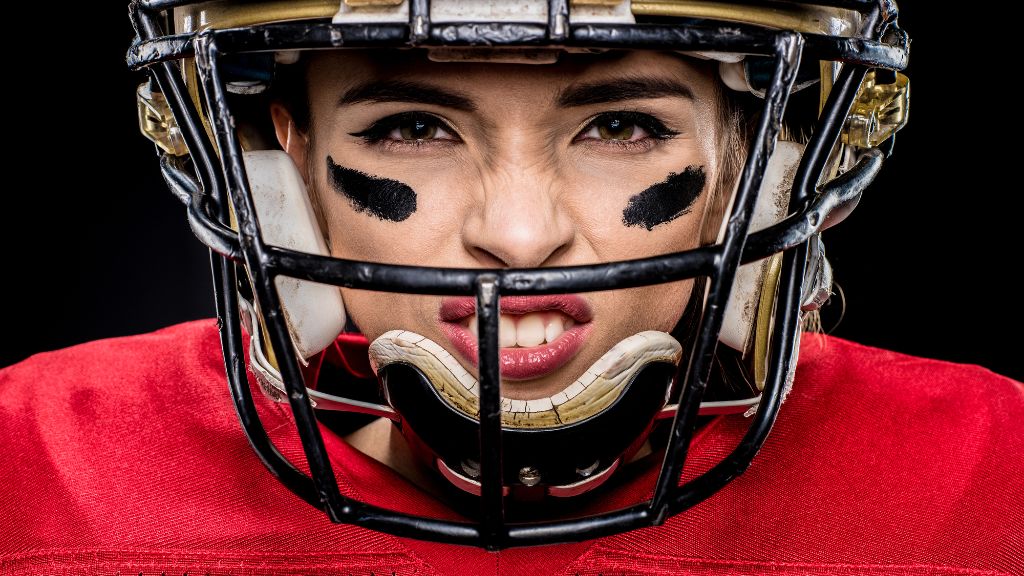 Regardless of whether we’re football fans or not, most of us have seen exciting, dramatic plays at the goal line.  I’m always thrilled when the ball carrier sacrifices his body by becoming an airborne projectile that crashes through all opposition to a hard landing in the end zone.  Touchdown!!

I see the woman plagued with the issue of blood going after Jesus in a similar way.  She had suffered for years, and had only gotten worse at the hands of doctors – Jesus was her last hope.  But the dense crowd around Him proved to be an impenetrable wall.  Her resolve that Jesus embodied the supernatural power of God to heal obliterated all  deterrents, and enabled her to become the human projectile willing to sacrifice all because nothing else mattered.  The goal line was the hem of Jesus’ garment – something so inconsequential that no one would notice.  No one did, except Jesus, and that was because He felt power go out from Him.  When Jesus started searching for the recipient, she confessed what she had done, because her prostrate position had already given her away.

This example begs the question: How badly do we want Jesus?  Do we want Him because it is the only appropriate thing to do since He saved us? Do we want Him enough to allocate time each day to read His Word and to commune with Him in prayer (or is several days per week actually enough)?  Are we so desperate for Him that we’ll do whatever it takes (until the need is met or the crisis is over)?  Is it even possible to maintain intense desperation for Him simply because our love for Him is so deep that it can only be satisfied through intimate relationship?  Long ago, God said through the prophet Jeremiah, “You will seek me and find me when you seek me with all your heart.” (29:13) Perhaps that explains lukewarm, powerless Christianity.

Moving from obligatory, to need-based, to being all-in, might seem to be a monumental endeavor.  But Jesus made it very simple when He addressed those chastising Him for allowing a certain type of woman to cry at His feet and wipe off the tears with her hair. “Therefore, I tell you, her many sins have been forgiven—as her great love has shown. But whoever has been forgiven little loves little.” (Luke 7:47)  Any belief we have regarding our goodness – whether marginal or great – will inoculate us against the heart-change that comes through the awareness of our complete depravity apart from Jesus.  His love for us took him to the cross, and kept Him hanging there until the price for our sin was paid in full.  It was His single-minded desperation for us that cost Jesus everything; His life, His reputation, and His former home in glory.

“Daughter, your faith has healed you.  Go in peace and be freed from your suffering.” (Mark 5:34)  Jesus’ words to the woman healed from bleeding were a proclamation of new life that began with knowing Who He is.  Because He is the Word made flesh (John 1:14), when He decrees, “be freed,” He negates our present-tense condition of suffering caused by various bondages, and offers His peace that doesn’t make sense in the midst of our circumstances.  Like this woman, we have nothing to lose and everything to gain.  If we are not all-in, what is it causing our hesitation?  Perhaps we just need to take Jesus at His word in Mark 5:36, “Don’t be afraid; just believe.”

Posted in Building Character and tagged growth, trust
← Prepare To Meet Your MakerMaking Sense of Senselessness →