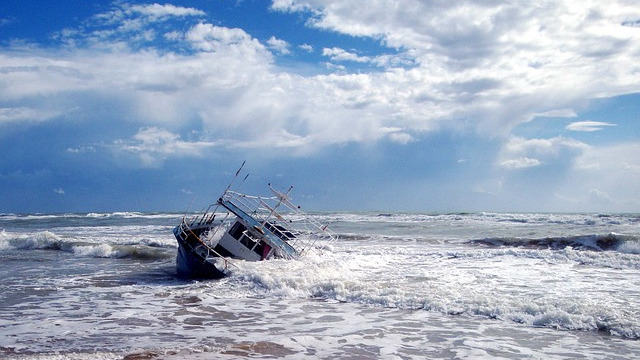 Life’s twists and turns are generally nothing we expect, and can often be stressful and frightening. The apostle Paul found himself in such a circumstance on board a ship as a prisoner, headed for Rome to stand before Caesar. To make matters worse, the ship had been battered mercilessly by a Northeaster (hurricane-force storm) for weeks. Everyone was convinced the storm would tear apart the ship, and they would all die.

BUT, years earlier, before the trials with governors and a king that led to this moment, God had told Paul he would go to Rome to testify. Because God does not lie or change His mind, that plan was still in place. Paul’s life and death situation was certainly enough to cause him to doubt the original plan – death appeared inevitable. God knew how impossible it was to believe anything else in the circumstances, so He gave Paul a dream to confirm the original plan, and assure Paul that He would also spare the lives of all on the ship.

The Lord knows our breaking point, and meets us with His grace in that moment. His grace always goes beyond the immediate crisis, to sustain us and to provide. But, it requires we be obedient to the directions He gives: staying in a loveless marriage, rather than divorcing; dealing with painful truths about ourselves, rather than blaming others; trusting God with our finances, rather than making our own decisions. None of us escapes these hard places.

In Paul’s case, the instruction was to stay on a ship that was breaking apart in the surf, rather than get in a lifeboat and make for shore. The wreckage of the ship actually provided planks to keep non-swimmers afloat while the current pushed them to land. How many times have we chosen the lifeboat when our situation looks dire, only to find that we too, in fear and willfulness, have escaped God’s protection?

We cannot afford to look to our circumstances, trust in our reasoning, or take a popular opinion poll in determining what is best. God is the Source of all wisdom and knowledge. Life has no lifeboat apart from Him that will get us safely to shore.

Posted in Finding Hope and tagged obedience, provision
← Joy in the Journey?Life Without Trouble →