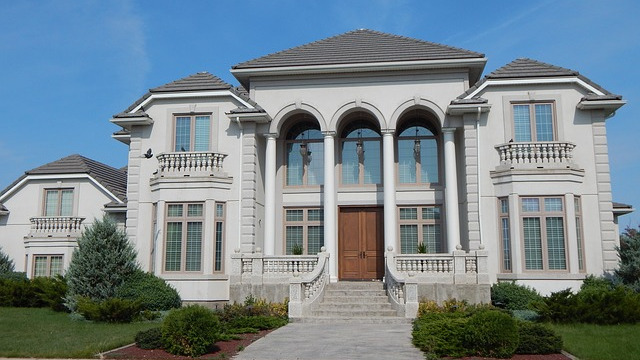 Discontented? Join the club! It seems everywhere we go – everywhere we look – we are falling short of some mark, goal, lifestyle, or personal expectation. Our children should behave better in public. We should have distinguished ourselves more through our gifts and talents. We should have gone after a better paying job and the nicer house. We shouldn’t have worn that, or said that in front of so many people. All our “should’s” and “should not’s” lead to a lot of regrets. But more distressingly, they put distance between us and God.

One of the most blatant examples of discontentment can be found in the account of the Israelites escaping slavery from Egypt, and commencing their journey to the land God promised them. They had just been spared from 10 plagues God sent against the Egyptians, crossed the Red Sea on dry ground between two walls of surging water, ate food everyday made from flakes left freshly on the ground each morning, drank water from a rock that cracked and gushed in such volume that +/-100,000 people and animals had more than enough. Each of these miracles was preceded by complaints that they didn’t have what they needed: mostly that they were going to die from their lack. Each of these miracles was so incredible that we, today, have trouble believing it actually happened – seems more like a Hollywood depiction of an amazing fairytale that entertains, but then can be dismissed because, “that can’t really happen.” But, it DID happen.

I like to imagine that if I had been present in Moses’ day, and witnessed such incredible acts of God, my faith would be huge – I would be totally enthralled with the power and love of God, Who would go to such lengths for His people. I would NEVER participate in what happened next when God called Moses up Mt. Horeb to receive the 10 Commandments, and left Aaron in charge. I imagine watching Moses climb until he looks like an ant, just before he disappears into what looks like thick black smoke from a blazing volcanic fire. Seven days pass, and he doesn’t come out. Then seven more, and seven more – now a whole month has gone by – is he alright? At 40 weeks, it looks like Moses is not coming back – the fire must have killed him. Now what?? Fear settles over the people. Aaron’s in charge…what to do? Since Moses and God are no longer here to reassure the people, replace Moses and God. So, he asks for the Israelites’ gold jewelry and melts it down to make a gold statue of a baby cow, and declares it a god. And the people believe him! Seriously??

How many times have we thought we followed God in a relationship direction (confronting a family member, or getting engaged/married), and then things got really dicey? When was the last time I asked God to supernaturally heal my headache or sinus infection, knowing I could take medication in a pinch? What happens when there is a looming deadline for a major life-decision (an incredible job offer in a different state), and God is silent on what to do? When God misses our deadlines, we feel forced to put the back-up plans into place. In each instance, discontentment has escalated into a sense of urgency that requires action – if God is not going to act, then we must.

But, what if God allows us to become discontented as a test to illustrate who is really in charge of our lives? What if the discontentment reveals whether we truly trust God, or we are lying to Him and ourselves? What if discontentment spotlights an incredible lack in our lives that we are trying to fill with “things” or “people”, rather than the only One Who can really fill us?

Discontentment is a doorway through which sin against God wants to enter. But, we have the choice to give in to it, or to recognize it as a flag, warning us that we are about to promote ourselves to god status – the golden calf in our image.

While this Old Testament account illustrates the seriousness of idol worship through what happened upon Moses’ return, the love and compassion of God prevailed. Today, we have so much grace through Jesus covering us with His righteousness, that we often take His love for granted, and unfortunately wink at our personal idols. What if we understood that amazing grace was prompted by a love so deep and so powerful that even death could not impact it? What if that grace even allowed us to trample on His Deity in our ignorance until we finally realized what we were doing? In the reality of such immense love, would we not want to love in return? How can we – so prone to error and willfulness – truly love the most Lovely One in all creation? “If you love Me, obey My commands.” John 14:15

Posted in Living Fulfilled and tagged faith, trust
← My God, My ShepherdThe Most Loving Way →