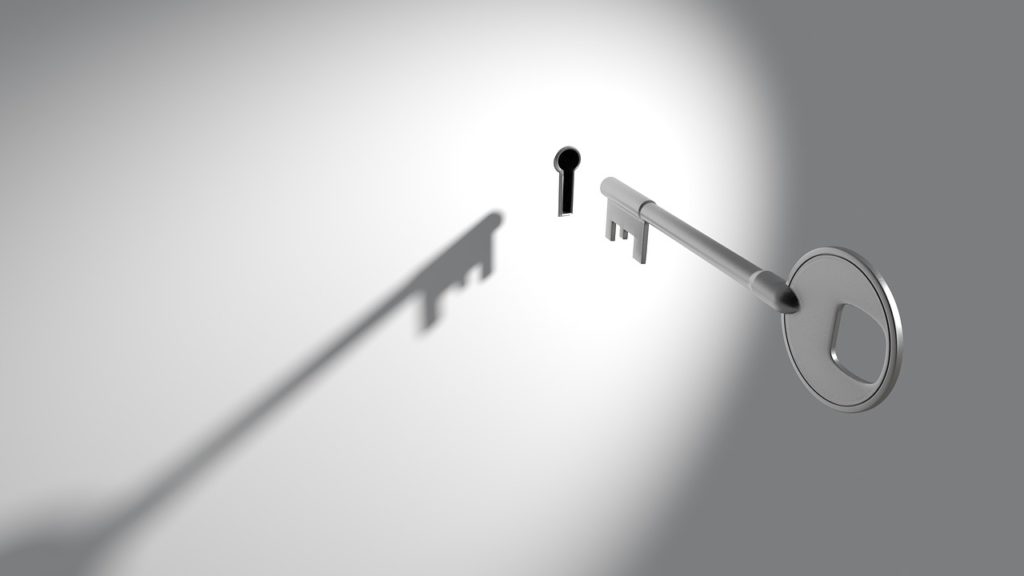 The Grace Matrix is like a complex piece of machinery where each piece is connected to other pieces, all in good working order. By themselves, they are inert. But the movement of one piece activates the movement of another that launches movement in the next, and so on. A key is required to move that first piece, just like a key unlocks a door or turns on the ignition. This key is special in that it doesn’t just launch movement of the grace matrix, but activates its successful working — the ability to make good choices and experience abundant life. Psalm 37:3 spells it out nicely: “Trust in the Lord and do good; dwell in the land and enjoy safe pasture.” The key is trust.

Trust is a familiar biblical concept, and most of us would claim we put our trust in God since faith (trust in Jesus’ sacrifice) is required for salvation. In practice, trust is very illusive. While we trust that we will spend eternity with Jesus, we don’t trust Him to protect us from all the COVID variants. We trust that His Word is true, yet if God says in Malachi, “I hate divorce,” we quickly rationalize that because of God’s love, He wouldn’t want us to be unhappy, therefore He will make an exception. We often come to the Lord with the same attitude as the father of a demon-possessed son, who after striking out with the disciples turned to Jesus and said, “If you can do anything.” “‘If you can’?” said Jesus. “Everything is possible for one who believes.” (Mark 9:23) This is a huge statement!

The fact is, we don’t typically trust someone we don’t know, but trust grows as we get to know the person. When we begin loving the person, trust grows exponentially. This is why broken trust in relationships is so difficult to repair. Because most of us have been wounded in this way, we tend to hold the Lord at arm’s length also, projecting onto Him human attributes and failings. Often when the Lord asked me to trust Him, I felt like I was standing on a flimsy limb sticking out of a sheer cliff that would break at any moment. But as I grew to better understand His love, I realized He would not ask me to stand on that limb, then deliberately chop it off. That would be contrary to His Character.

Even so, grasping the depth of God’s love was not easy. When our three boys were in elementary school, my husband was away on a month-long work engagement. On the coldest night of the year (a school night), I forgot to close the garage door, leaving all the water pipes exposed to near zero temperatures. The next morning, everything was frozen solid: no water to flush, fix breakfast, bathe, brush teeth, etc. I was frantic. I grabbed my hairdryer and an extension cord and focused on a 3” area. Realizing the futility of my situation, I started to cry. That’s when I heard God’s gentle voice, “Do you think I can’t do this?” Through more tears I confessed that He was God, so I knew He could thaw pipes. He finished my thought, “But you don’t think I would do this for you.” He had hit the nail on the head and now I was sobbing convulsively. Then He instructed me, “Go inside and turn on the water.” I turned off the dryer and went immediately to the bathroom just inside the garage door and turned on the spigot at the sink. Water gushed out! I flushed the toilet! Then I ran to each bathroom turning on water and flushing toilets. Water was flowing everywhere. Because He is God, He did not need to prove His love for me, but He did. And I loved Him for it.

There have been many more instances in the years since where the Lord has demonstrated His love and faithfulness. I have grown in His love, and that has translated into greater trust. I know through first-hand experience the truth of Romans 8:28, “And we know that in all things God works for the good of those who love him, who have been called according to his purpose.” Even so in a recent prayer of thanksgiving, the Lord highlighted a trust issue. I was thanking Him for protecting my husband and me from serious illness, and I heard His still small voice say, “Why wouldn’t I?” The Lord exposed my attitude of amazement that He had actually done that, versus standing in the confidence of His protection, and praising Him for His faithfulness that is His Character.

In the grace matrix, when we face choices, we will only ask the Lord’s advice if we trust Him. The numerous instances of making our own decisions identify where we prefer to be in charge, rather than taking the time to ask, get a response, and be willing to stand on that trust limb when we don’t see the reason why. But this is how we grow in trust, and the grace matrix is God at work for our growth. Psalm 37 was likely written by David in his old age. Verses 5 – 6 say, “Commit your way to the Lord; trust in Him and He will do this: He will make your righteousness shine like the dawn, the justice of your cause like the noonday sun.” This is the effective and successful working of the grace matrix.

Posted in God's Character and tagged love, trust
← I Love You So Much It HurtsThe Life Cycle of Dependence →