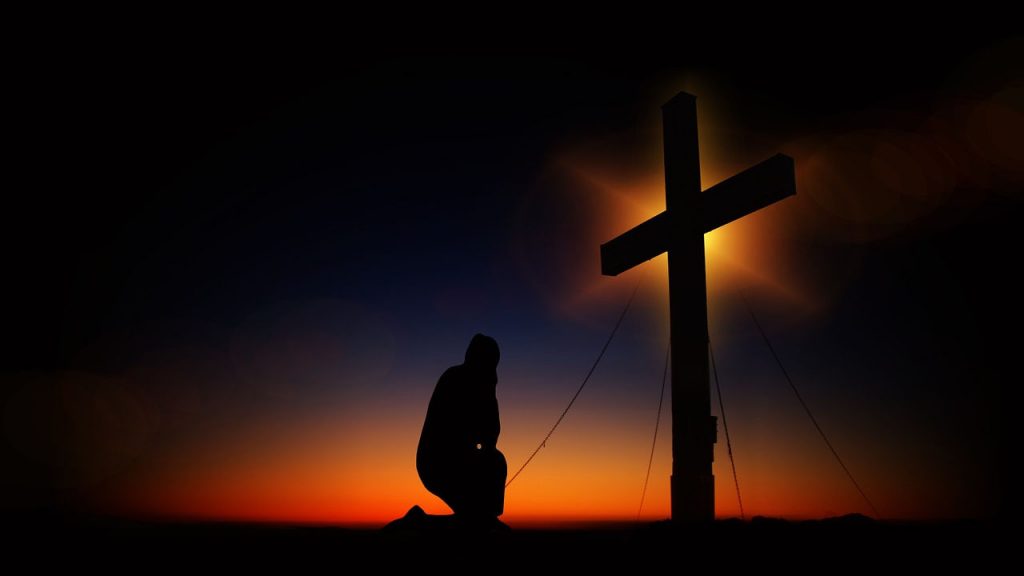 Most of us who call ourselves Christians believe our faith in Jesus is solid. We might not be experts in apologetics, and/or we might feel intimidated when it comes to sharing our faith with a non-believer, but we know we believe in the work of Jesus on the cross to save us. After all, there is historical evidence in the writings of multiple eye-witnesses to back up Jesus’ life, teachings, and predictions of His death and His rising from the dead.

So, why does Paul admonish us to stand firm in the faith, as if that would be a challenging thing to do? Paul knew through his own experience that life is hard, and often doesn’t make sense. On one occasion in sailing to Rome, Paul’s ship encountered a horrific northeaster storm that pelted them for weeks unabated, threatening to capsize them. After they had given up all hope, they ran aground on a sandbar where crashing waves broke the ship to pieces. Certain death that had twice eluded them threatened to drown them before shore could be reached. Miraculously, all on board made it, only to see Paul bitten by a poisonous snake as he was stoking a fire to dry the soggy group. Most of us would have concluded early in this storyline that we were mistaken about the original assignment, or that God had changed His mind and cancelled the assignment.

Our 21st century/Western minds have difficulty connecting experientially with such exploits. But, would we be willing to stand before church leadership to address idols of legalism and of elevating a pastor as infallible (at best, risking our excommunication)? In the workplace, are we willing to lovingly hold our ground on God’s Truth, not succumbing to the political correctness that ensures job security? Are we willing to be vilified in our families, labeled self-righteous zealots, and ostracized because we have chosen to follow Christ and will no longer engage in destructive relational practices? This list goes on and on, and includes trusting Jesus in spite of the death of a loved one, imprisonment of a child, catastrophic accident/illness, financial ruin, unjust lawsuit, loss of reputation/status. It even includes navigating longings unfulfilled, the death of hopes and dreams, or directionless wandering. All these things have the potential to rock our worlds and greatly challenge our faith.

It is not a question of “if” this happens, but “when” it happens…where will our faith be? In the middle of overwhelming circumstances, it can feel like God is far off – that we are alone/abandoned in the quicksand of the situation. Often, even in our crying out to Him, we feel He doesn’t hear or answer. The miracles of the Bible are more like wonderful fairy tales – not something that happens in real life. In reality, our problems are too big for Him to remedy…and/or we are too worthless for Him to actually intervene. Our faith becomes very small in the enormity of the situation.

The way to turn this around could fill a book, but the starting place is to look at Who God is, rather than what He does. This can be confusing because God is Spirit, which is harder to grasp than material evidence. But, the life and ministry of Jesus gives us a distinct advantage. Jesus said to his disciples, “Anyone who has seen Me, has seen the Father.” (John 14:9) The miracles Jesus performed were not the end-game, but merely evidence that He was Who He claimed to be. He explained that He never spoke or did anything on His own, but only what He saw His Father saying and doing. (John 5:18-20, 49-50, 12:49) His foundational instruction to us was to grow close to Him so that we could grow to be like Him. He even told us that we would do greater things than He because He was going to His Father. (John 14:12) Jesus described Himself as the son of man – requiring man’s basic material necessities; and as the Son of God – completely provisioned from the Father Who owns everything. He was totally unaffected by anything men had to say about Him – their belief or disbelief did not change His Reality. He never feared for His life, although it was threatened numerous times. He knew He had a mission, and death would not occur before He completed it.

We cannot receive Jesus’ death and resurrection without the acknowledgement that the Spiritual Realm is very real and very active in the present. He is the God Who knows and sees, and chooses us before we have the good sense to choose Him. However, the course of our lives will be directed by where we direct our focus. Why take our eyes off the One Who gives power for abundant life right now, to consume ourselves with circumstances we cannot change? “So we fix our eyes not on what is seen, but on what is unseen, since what is seen is temporary, but what is unseen is eternal.” (2 Corinthians 4:18)

How BIG is our God?? Here is the quick test to determine if we are really standing firm in the faith. Can we proclaim like Paul: “That is why I am suffering as I am. Yet this is no cause for shame, because I know whom I have believed, and am convinced that he is able to guard what I have entrusted to him until that day.” (2 Timothy 1:12)